Yesterday, at the 2015 Frankfurt Motor Show, Jaguar Land Rover officially announced a special edition of its first SUV ever. It will be called the Jaguar F-PACE First Edition, created after much demand from their consumers. 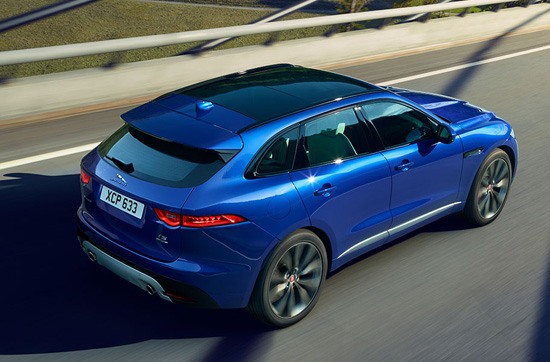 This First Edition model is an exclusive special edition version of the new F-PACE crossover. It has specially chosen options and is limited to just 2,000 vehicles globally, which will probably sell out pretty quickly. There are of course, other trim levels of this model, but this is their top of the line dream machine.

The F-PACE looks more on the sportier side, with a bulge on the front hood and the obvious rear haunches that we normally see on sports cars. It also has a rear window spoiler like we see on the Lexus RX350 SUV.

Jaguar customers had been begging for a new SUV for years

Gerd Mauser, Chief Marketing Officer for Jaguar Land Rover, stated: "Two years ago, Jaguar revealed the C-X17 right here in Frankfurt. Since that time we have been inundated with people asking us to make it and it was this growing interest that inspired us to create the F-PACE First Edition - a Special Edition to celebrate the C-X17 concept.

So this is living proof that the Jaguar F-PACE Crossover First Edition is based on the C-X17. This is the new top of the line model of the F-PACE series, with the best and favorite technology options that were hand-picked by Jaguar's design engineers.

Some options in the top of the line limited F-PACE First Edition model:

We really like the stunning Caesium Blue color of the F-PACE seen in the photos here. I can tell you my daughters would want me to buy this car just based on the Wi-FI hot spot feature alone. Who cares about anything else?

I must admit though, I wonder what the folks at Jaguar's sister company Land Rover must think about this, since Land Rover is the SUV manufacturer, while Jaguar has always made just cars until now. Is there going to be warring of the sibling tribes? Remember, Tata owns both Jaguar and Land Rover under an umbrella. Maybe Jaguar hopes to fill a void not quite filled by Land Rover at this time.

This is an "aluminum-intensive" Jaguar which will be manufactured in Solihull, UK, and will be available in the spring of 2016. We are starting to see other vehicles debut in aluminum now that the Ford F-150 pickup truck has tested those waters and proven they can make an aluminum vehicle sell like hot cakes.

I'm sure Jaguar will find plenty of driveways to park this new SUV in.