We are here covering all of the activity in West Palm Beach. The crowds have arrived and the auctioneer's gavel is banging. The 2017 Barrett-Jackson Palm Beach Auction has begun.

First Vehicle to Hit the Block

You have to figure that the first vehicle to head out to the auction block would be a rare, one of a kind vehicle. This year the first ride to get auctioned off definitely fit that description.

However, it probably wasn't exactly what you were expecting it to be. As the tension in the room built up, we got our first glimpse of the premier vehicle for 2017. 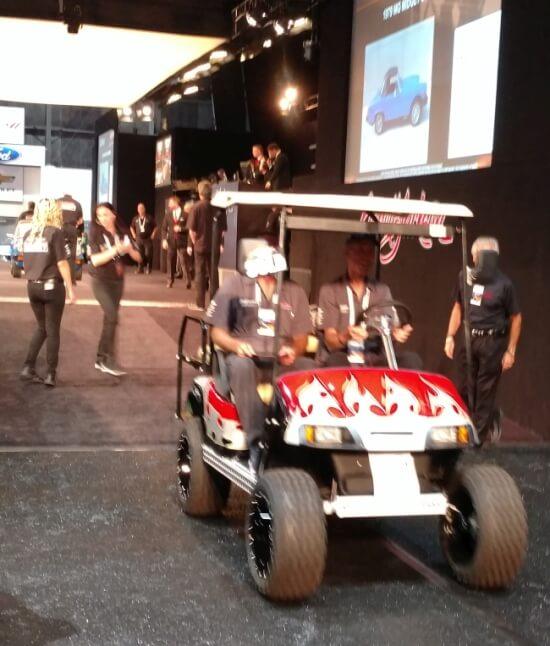 There you have it folks. A custom 2006 EZGO TXT Golf Cart. You might think this is a joke of some kind but it wasn't a joke to the bidders. This unique vehicle was sold to the highest bidder for $6,600.

Who knew that there was such a hot market for golf carts. After kicking off with a $6,600 golf cart, I know that the rest of the auction is sure to bring some excitement. Based on the first couple of low end cars that went for solid prices, it looks like bidding is going to be very aggressive.

As we've been observing the auction so far today, we have noticed that the first day is more crowded than usual. The attendance both for bidders and spectators are both noticeably high. 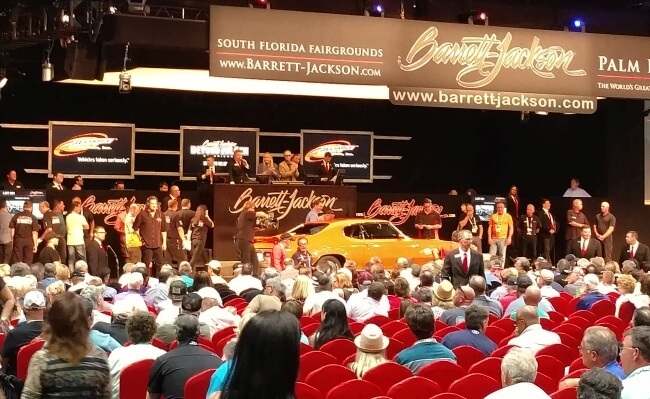 Large crowds of spectators help to add excitement to the auction but a high attendance of bidders has the potential to send the "Sold" prices into the stratosphere! 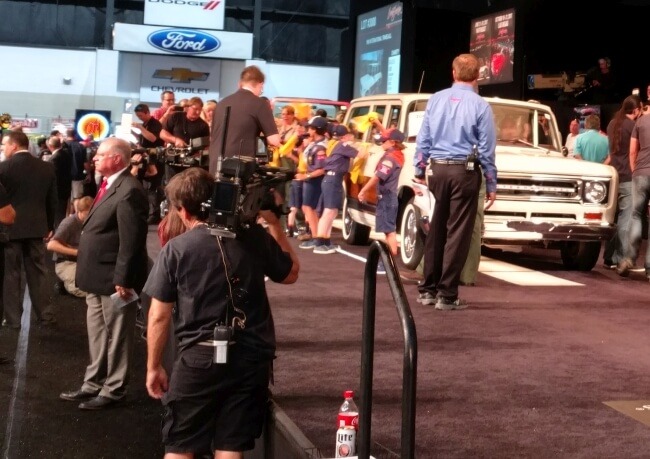 1969 International Travelall Auctioned off for Charity