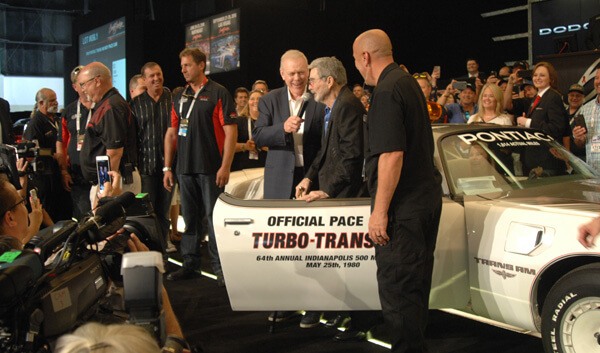 Actor Burt Reynolds, known to most of us for his Smokey and the Bandit series of movies, was on hand at Barrett-Jackson's $39.4 million record setting 16th annual collector car auction here in Palm Beach, FL last weekend, creating a fun filled and action pact series of sales. 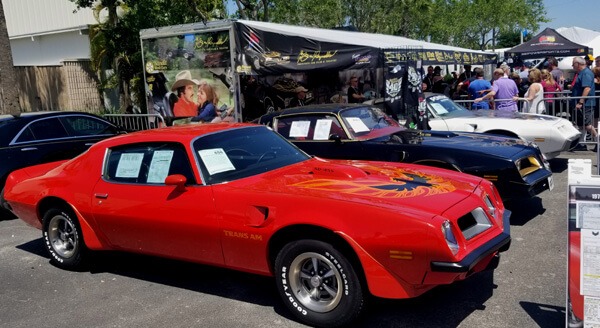 This time Reynolds showed up in full force with major fanfare, at a large outdoor booth displaying some of his personally owned Pontiac Trans Am vehicles through Bandit Movie Cars of Florida, the official custodian of the Burt Reynolds Collection. Reynolds was at the booth signing autographs and posing for photos. 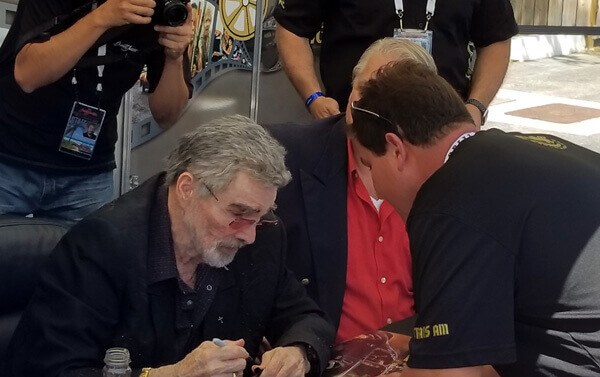 On display at the booth were several Trans Am vehicles, including on the right side of the booth, Burt Reynolds' personally owned Bandit Trans Am. For an added touch of class they also had a Burt Reynolds look-alike actor decked out just as Burt was in the Smokey & The Bandit movie, and this actor looked spot on just like Burt. Fans were getting photographed next to "Burt" in front of this iconic part of American pop culture automotive history. 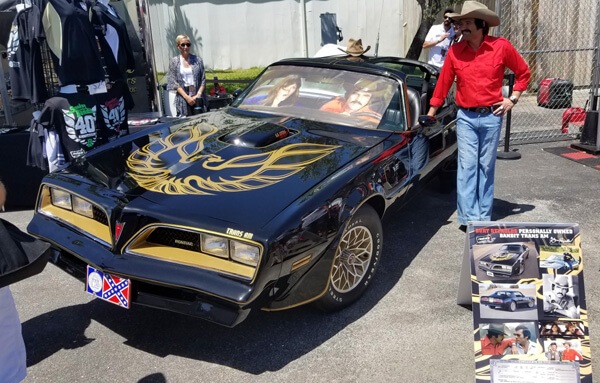 Also on display in the Bandit Movie Cars of Florida booth at Barrett-Jackson was the famous 1978 Pontiac Firebird Trans AM rocket car from the Burt Reynolds movie Hooper, where he played the famous fictional Sonny Hooper known in the movie as "The Greatest Stuntman Alive". Below you can see the rocket exhaust port coming out of the back bumper. Inside the car was the apparatus and tank that fueled the rocket.

1978 Pontiac Firebird Trans AM from the Burt Reynolds movie Hooper 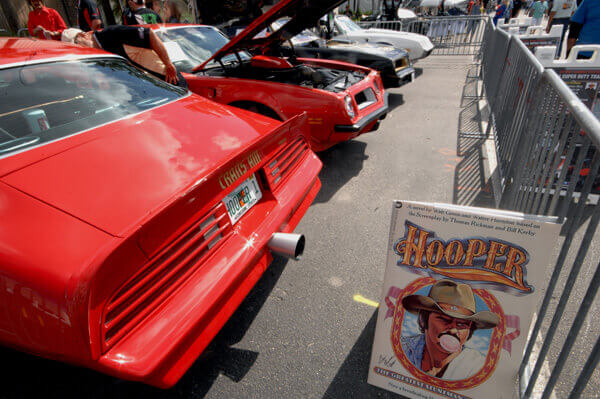 Three cars which Burt Reynolds presided over on the auction block