How to Jump-Start a Car 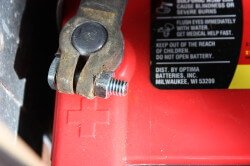 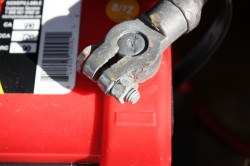 Watch our How to Jump-Start a Car Battery Video

You can access it at CarBuyingTips.com - Dead Battery Video. If you have the YouTube app on your phone you should bookmark this video so you can get to it when you really to need it. 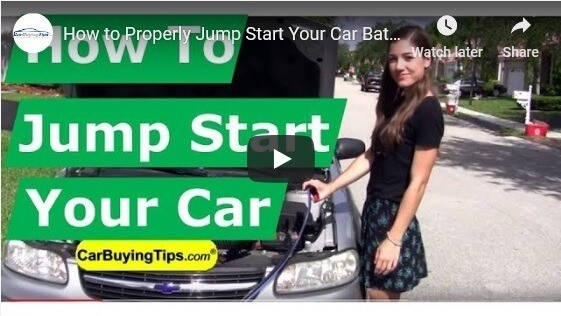 The cables must be connected in this exact order listed below. Wear eye protection! Click on the thumbnail pictures for a larger view.

Start the good car's engine and make sure the headlights are off to allow the maximum amount of power to get to the dead battery. Let the good car's engine run a minute or so before attempting to start the dead car. Sometimes you get lucky and the dead car will turn over right away, sometimes it takes a few minutes. If your dead car's interior dome light comes on, it's a great sign that you've connected the cables right. Now shut all doors and dome lights and try to start the car. If it sounds like it's trying to crank but won't turn over completely, give it a few more minutes and rev the engine moderately on the good car. You may also need to play with the cable grips to get a better connection. Normal sparking occurs as you move the cables around. If you couldn't get the dead car to start, see the troubleshooting section further own this page.

Now that your dead car has been successfully jump-started, you can remove the cables in the reverse order that you connected them in. Be careful to avoid letting the cable clamps touch each other:

Check if the Car Can Restart

After your revived car has been running a few minutes, turn off the engine and see if it will restart on its own, no cables attached. This is a good test to see if your charging system is working, and if successful, it's a good indicator that you won't have problems driving home. If the engine cannot crank on it's own, you'll have to jump-start the car again and it may mean you'll have problems getting home. If your car does not restart on its own, it's a sign that something is really wrong, either the battery is bad or your charging system has a problem. Have someone follow you home.

Auto parts stores can quickly diagnose your dead car battery for free! Have your battery tested before you buy a new battery so you know if it is the problem.

Get a Good Set of Jumper Cables 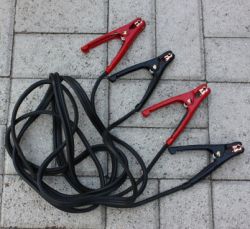 Keep them in your trunk at all times. If you don't know whether you have a set, now is a good time to find out. You don't want to be caught out in the middle of nowhere with a dead battery and no cables.