How to Price a Storm Flooded Car

People often ask our consumer advocate team here at CarBuyingTips.com how much they should pay for this used car they are looking at that was disclosed to have a flooded title. To answer this question, today we'll flood you with all sorts of pros and cons of buying a used car that has been flooded.

The more important question to ask is should you buy that car with a branded title? How do we determine how much a flooded car is worth? We need to investigate the depreciated value of a car that has sustained major water damaged and has been written off by the car insurance company with a black mark on the title, known as branding, and the branding states the car has been previously reported through a vehicle history report as flooded

What is a Flooded Car? 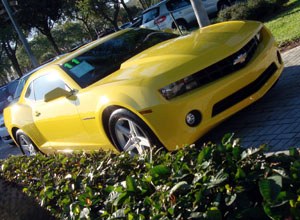 Here in Florida, one of our state pass times for some inebriated drivers is to veer off the road and drive into the canal alongside the turnpike or back country roads. Those immersed cars, like any other rising water damaged vehicles, have to go somewhere, usually, they are written off as a total loss by the insurance company and sold off at salvage auctions.

Once these flooded cars have become a total loss and written off by insurance companies their titles must be branded as "Flooded" by law so any future buyer will know the car was a complete loss and can avoid being ripped off. Then these cars with branded titles can now be sold at those special salvage auctions because mainstream buyers don't want a flooded car or the risks associated with these cars.

There is an industry of people who purchase used cars with flooded titles from salvage auctions and repair them enough to launder the title back to used car status. Thanks to companies like AutoCheck, you can get a vehicle history report which we recommend on every used car before you buy, and it tells you that the car you are about to buy was flooded.

The vehicle history report also shows previous sale dates of the used car so you can tell what state it was located and how it sold. You'll often see flooded cars get moved several states away to be sold out of sight and out of mind from ground zero.

You should read our Used Car Guide so you'll have the big picture of everything you need to know to purchase a used vehicle and avoid scams. You still need to run a vehicle history report as we tell you here, but remember this is only one piece of a much larger and complex puzzle of buying used vehicles.

If the used car you are about to buy was a flooded car from Hurricane Harvey in Houston, chances are it was totaled by the car insurance company, and will likely appear on the vehicle history report as a red flag to allow buyers who don't want flooded cars to move on to the next used car on their list.

Should you buy a car that was flooded?

Suppose you see a used Honda Accord classified listing that fully discloses it was previously flooded, perhaps by Hurricane Harvey in Houston, or Hurricane Florence in the Southeast. The car might work great now, but there could also be areas of trapped moisture, or hidden corrosion could have set into printed circuits of the computer control modules under the dash.

The car might drive fine now, but two months down the road the corrosion causes failures, and there's no warranty, no undo button, no safety net. Corrosion can start 24 hours after a water intrusion event, and you have wet nooks and crannies that can harbor the creation of rust.

There's a lot of risks and sometimes the selling price is not as low as you would expect for a flooded or heavily water damaged vehicle. Most people don't want flooded vehicles; you will have a hard time reselling this car later and what if it turns out to be a lemon? Then you will never be able to resell this car to anyone or get rid of it.

Who should buy as flooded car and who should not buy one?

You could buy a flooded car if:

You should not buy a flooded car if:

We all have our own definition of a good price, there is no standard for pricing in this category of cars, so here is a useful pricing model for flooded cars that our consumer advocate team here at CarBuyingTips.com designed for you:

We think you should plan for $2,000 of future repairs related to the previous flood to be built-in to the purchase price of the used car. Suppose a used Lexus you want to buy is worth $15,000 in the private party person-to-person market. A flooded vehicle should be 25% less, then another $2,000 lower to allow for repairs. That flooded Lexus should then sell for:

We are trying to predict the future; will we see failures related to the flood after you buy this car? We don't know if you'll see any future repairs related to the flood, but by accounting for the $2,000 in repairs as we have in our example above, working that into the pricing takes much of your worry and error out of your budget and limits future losses by $2,000.

Essentially what you are doing in the example above, is assuming there will be at least $2,000 in damages which you could potentially be on the hook for later, but you are accounting for these damages now up front, and getting the previous owner of the car to cover that $2,000 by lowering his price by an additional $2,000 lower than the already-adjusted 25% lower market value.

It is like the seller is giving you a $2,000 head start, and if you never incur any repairs related to the flood of the car, then you'll be that much more ahead by the end of the game.

If the dealer or seller rejects your offer, then reject the purchase. They can keep the car; no one else thought it was a good deal either. If it was, you can bet the car would not be available for you to buy; it would have sold long ago. Treat it like any other used car, with extra scrutiny by the mechanics inspecting it.

We always tell buyers to get a vehicle history report, which also shows you when they took ownership and how long the seller has been sitting on that car. But you also must make sure to have your own mechanics look underneath where you can bet the dealer has not ventured and failed to repair critically flooded parts.

Remember, they only fix up the areas of the car you can see, like putting lipstick on a pig. When you inspect the used car prior to purchase, pull up floor mats, look under the trunk and around the spare tire area for rust. Look at the bottom of the engine from underneath on a lift for evidence of water intrusion, water lines, and corrosion due to flooding.

Have the repair shop run diagnostics with a computer plugged into the engine and run the standard list of engine checks; make sure water has not affected any aspect of your engine. Have them open the dash and pull out computer modules and look for corrosion that could cause the printed circuit boards to fail.

Look on eBay Motors for "completed" auctions of your same used car model to determine the real market value of a flooded car. This proves what the market is willing to pay for your car right now on eBay.

Then apply our flooded used car depreciation formula of deductions above to reduce the sales price. On fixed-price AutoTrader, dealers typically ask $3,000 over market value as they try to get retail value. But eBay has already established what a good specimen of your car is really worth.

Often the seller is living a pipe dream if he thinks the car is worth the asking price, no matter how much they put into it, a flooded car is never worth nearly as much as a non-flooded car.

If you have to resell this car later, 90% of your potential market is gone; it has a flood in the past, so you will see the depreciated value.

Another thing to consider is when was the car flooded? When was it repaired? This is where the history report comes in handy. The longer the car has been in operation since the flood, the better for you; because it shows the car has not suffered issues that might have surfaced by now.

Be sure to let us know how you did after buying your flooded used car. Happy shopping