We are here covering all of the activity in West Palm Beach. The crowds are here and the auctioneer's gavel is banging. Without further delay, here is our Friday lunch update. 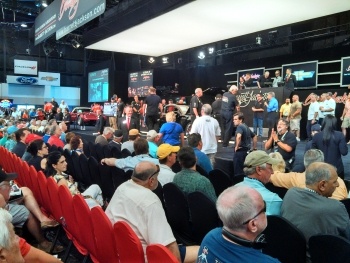 A Bit of a Slow Start

An important lesson was taught this morning. As the auction began at 11 AM, the bidding was light to say the least. Many of the first 20 or so cars were pretty ordinary. We saw cars like the 2003 Volvo S60 and very exciting 2004 Audi Quattro wagon.

Not only were the cars pretty ordinary but most of the chairs reserved for bidders were empty. I could have listed some of these on eBay and gotten more at the end of the auction.

If you are going to put your car up for bid at Barrett-Jackson, you probably don't want it to be one of the first of the day to hit the block. I'd say this is especially true for Friday, since it is the first day.

The good old Volkswagen Beetle has been very popular today. Over 10% of the first 30 cars were Beetles. I guess this is a good year to own one of those because they were going for pretty high prices. 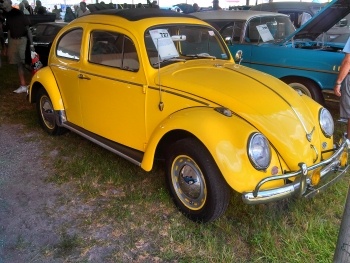 Once we got about a half hour into the auction things started to pick up. We started to see the kind of action that we are accustomed to. Bids started flying in left and right.

The value of the cars picked up as well. Instead of seeing the common stuff that we saw at the start of the day, we started seeing classics like a 1967 Oldsmobile Toronado as well as collector cars like the replica 1929 Ford Model A super deluxe.

I guess Fiat is saving design budget by not changing the design in over 40 years! 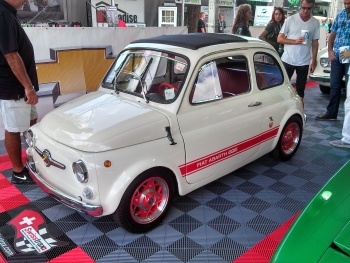 The excitement should continue to build. If you can't be here, follow us on social media and check back on the blog for updates.